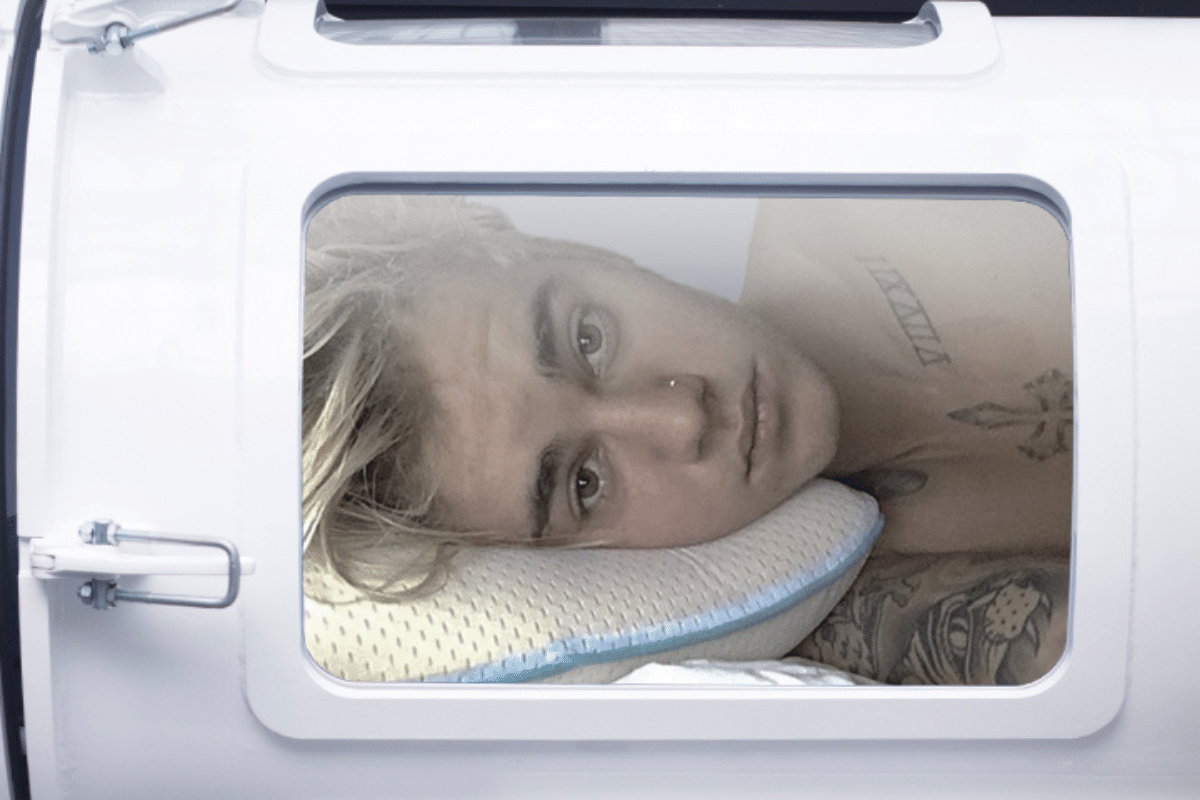 07 Apr Oxygen Amongst the Latest Trend in Anti-Aging

Posted at 14:30h in Uncategorized by JulieKhanna 0 Comments
0 Likes

Could something as simple as the air we breathe really be the next powerhouse trend in the 58.5 billion dollar anti-aging industry?

Indeed. Except this air isn’t free and it may not be safe either.

Celebrities and the ultra-wealthy have been very vocal about the use of Hyperbaric Oxygen Treatments (HBOT) as a potent and effective tool to postpone aging. Researchers propose the increased oxygen reverses signs of aging at the cellular level by increasing telomere length, the essential part of the human cell that affects how we age. Researchers add to the claim that telomere lengthening can also slow cellular aging and increase athletic performance.

HBOT involves a highly pressurized chamber that increases the air pressure levels higher than what normal air pressure is. Under these conditions, the lungs are able to gather more oxygen than would be possible by breathing normally. The oxygen then enters the cells through the natural cellular-molecular respiratory exchange process but at higher concentrations.

Michael Jackson was one of the first celebrities to sleep in a hyperbaric oxygen chamber. He became a fan stating he felt “like a brand new person” after receiving oxygen during a brief hospital stint in the 90s. He went on to purchase one for his home in an effort “to live forever.” Recently, Justin Bieber posted pictures of himself sleeping in his hyperbaric chamber on Instagram to his 168 million followers while Joe Namath made a $10 million donation to Jupiter Medical Center to further research into the benefits of HBOT on athletes that have suffered traumatic brain injuries. Endorsements like these have further propelled this trend into the mainstream market and now hyperbaric chamber treatments are being offered at pop up clinics, spas, and medical offices around the country.

Hyperbaric chambers are approved by the Food and Drug Administration and widely utilized for treating medical conditions like decompression illness, experienced by divers caused by a rapid decrease in either the air or water pressure surrounding them. It is also used for some types of infections, radiation or fire burns, gangrene, and arterial insufficiency. However, they are not approved for cosmetic or aesthetic purposes. “Supplemental oxygen therapy is not indicated to prevent any condition at this time,” says Dr. Luis Peña-Hernández, a pulmonologist at PCSI, the largest integrated pulmonary and chest specialty group in Palm Beach County. It is used for medical treatment and intervention when properly indicated and under the medical supervision of licensed personnel.

With its rise in popularity some have turned to desperate, and dangerous, measures of obtaining unprescribed portable oxygen for in-home use from sources such as aging loved ones, the dark web, and aviation sites. “There’s no evidence that oxygen therapy has any benefit for cosmetic or anti-aging purposes,” agrees pulmonologist Dr. Adam Wellikoff. A quick search of the internet proves just as many opponents of using oxygen for anti-aging citing insufficient research or counterclaims of its efficacy.

It can also be dangerous. “Using oxygen therapy could pose health risks when not clinically indicated,” says Dr. Luis Peña-Hernández.  Oxygen toxicity is a very serious condition that occurs when people breathe in too much extra supplemental oxygen. It causes symptoms ranging from coughing to central nervous system symptoms to death. Early on, oxygen toxicity can cause capillary leakage, which leads to edema throughout the body, including pulmonary edema.

Although the use of oxygen for telomere lengthening, the component vital to anti-aging, seems risky and unfeasible lengthening can still be achieved through safe, natural, and effective methods. Maintaining a healthy weight is important because scientists say the loss of telomeres in obese individuals is the equivalent to over 8 years. Regular exercise reduces oxidative stress and assists DNA preservation. One study showed active men in their 50s have the same telomere length as men in their 20s while sedentary men in their 50s had telomeres that were shorter by 40 percent. And even though the exact nature of how chronic stress affects telomere length is unknown, studies show shorter telomeres in those with chronic stress. Lastly, antioxidant rich foods such as those high in vitamin C, anthocyanins (blueberries), and polyphenols (dark chocolate) contribute toward a positive antioxidant balance which also helps protect the DNA from oxidative stress.

Maybe the solution to anti-aging truly is in the air that we breathe, just not an oxygen filled capsule. Perhaps it’s in the deep relaxing breaths of a daily meditation or the increased respirations of a long challenging bike ride or your favorite aerobic routine.