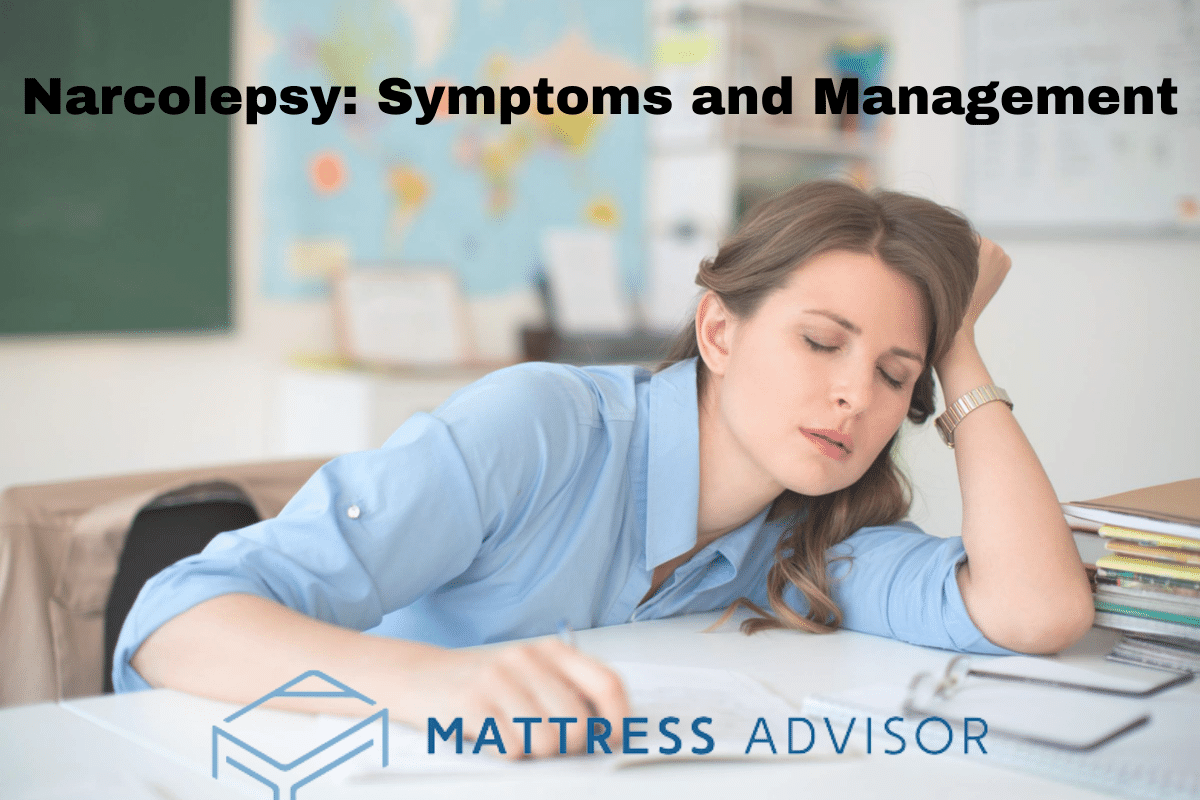 Posted at 22:15h in Uncategorized by JulieKhanna 0 Comments
0 Likes

Narcolepsy is a disorder characterized by falling asleep during the day. There are different types of narcolepsy with different causes. Treatment options typically involve both medicine and lifestyle changes.

“Narcolepsy can be a dangerous condition, especially when left undiagnosed,” says Dr. Peña-Hernández.

Nighttime sleep is often also disturbed and inconsistent, and narcoleptics may find themselves in the unenviable position of having difficulty both staying awake and staying asleep.

Narcolepsy is a chronic neurological condition that affects less than 20% of the population and has no cure. Individuals suffering from this disorder may fall asleep unexpectedly, or struggle with extreme daytime drowsiness that interferes with normal functioning. This condition is often logistically challenging and can be socially isolating. It requires caution, or even restriction, when driving a vehicle or operating machinery.

What do we know about narcolepsy?

Despite its relatively high profile, narcolepsy is actually quite rare, affecting about 1 in 2,000 people. However, it is estimated that fewer than half of narcolepsy sufferers are actually correctly diagnosed, and it may often be misinterpreted as a psychological disorder.

Narcolepsy presents equally in both men and women. There are three types of narcolepsy; type 1, type 2, and secondary narcolepsy.

Narcolepsy is a type of brain disorder that affects sleep, with numerous comorbidities. There is a link with autoimmune functioning and some of the research specifically classifies narcolepsy as an autoimmune disease. It can be triggered by emotion.

We know that narcolepsy is associated with rapid eye movement (REM) sleep. We know that people with narcolepsy fall into REM much faster than normal. It most often onsets in adolescence and is connected to hormones.

Anyone can have narcolepsy, but good sleep hygiene can help.

The symptoms of narcolepsy include:

The main symptom of narcolepsy is going to sleep in the middle of normal activities. For the person who has narcolepsy, falling asleep can happen in any circumstance, anytime of the day or evening. You could be in the process of driving to work, teaching a class, or cooking a meal. You might sleep for several minutes or up to half an hour.

Patients report feeling revitalized after having one of these sleep episodes, but in spite of being refreshed, they may experience another episode without warning. In addition to sudden episodes of deeper sleep, individuals report difficulty with pervasive daytime drowsiness. This can be accompanied by lack of concentration and problems functioning.

If there is a signal that an episode of sleep is imminent, it is usually a more pervasive feeling of drowsiness or sleepiness. This may be accompanied by a sudden inability to pay attention or attend to the tasks at hand.

The first symptom of note is cataplexy, or loss of muscle tone that can cause collapse. Cataplexy is generally coupled with a sudden burst of emotion such as laughter or anger. The person does not lose consciousness or fall asleep but has a noticeable physical breakdown that can look like a mild seizure.

For the narcoleptic, cataplexy often happens just prior to falling asleep and can be a warning sign. Sometimes it starts occurring at the onset of the disorder as the only symptom and can lead to an early misdiagnosis of seizure disorder. Cataplexy does not happen in all cases or every time there is an episode. It is a characteristic of type 1 narcolepsy.

Other very common comorbid symptoms with narcolepsy can include hallucinations, sleep walking, co-occurring sleep disorders like sleep apnea, insomnia or sleep paralysis. Automatic behaviors, where the person is engaged in an activity, has a brief sleep episode, and continues to perform the activity with no memory of doing so, can also happen.

There might be depression, lowered cognitive functioning, weight gain, or even obesity associated with narcolepsy. An individual can have a very straightforward case of narcolepsy with only the primary symptom of falling asleep unexpectedly, or a very complicated case with falling asleep, daytime drowsiness, cataplexy, depression, weight gain and a number of other comorbid symptoms.

The severity, and level of complexity, varies from case to case, but surprisingly most can have relatively good nighttime sleep patterns.

There are three types of narcolepsy, type 1, type 2, and secondary narcolepsy. Each is slightly different from the others and there are different causes and contributing factors. Each has in common the sudden falling asleep episodes that define narcolepsy.

Type 1 narcolepsy always has cataplexy as one of its symptoms. Individuals with type 1 narcolepsy test low for a brain hormone called hypocretin, also called orexin. An episode of type 1 narcolepsy might onset just following some kind of heightened emotion and may result in slurred speech and loss of muscle function. You might laugh, and then your head might flop, and then you might fall asleep. These occurrences can happen as often as multiple times a day or infrequently like once or twice yearly.

Type 2 narcolepsy has no loss of muscle control like with type 1, but it does have the same issues with falling asleep and daytime drowsiness. Strong emotions do not trigger or play a factor, although major psychological stress can be related. Type 2 is generally considered less severe, with milder symptoms. Individuals do not have the lower levels of hypocretin with type 2 narcolepsy.

To understand the causes of narcolepsy, we must differentiate by type and look at how certain symptoms occur. All three types have one thing in common: the hypothalamus, or the part of the brain that regulates sleep, is affected.

Type 1 narcolepsy results from a combination of several primary factors.

First there is likely a genetic predisposition, meaning it runs in families. Dr. Peña-Hernández explains: “A triggering episode like a staph infection or the flu can cause your immune system to respond abnormally and affect your brain instead of the infection. This causes a decrease in the body’s level of hypocretin, a neurotransmitter that regulates the sleep-wake cycle.”

Hypocretin is also part of the chain of hormones like serotonin and melatonin that control sleep. The lower levels of hypocretin can also be responsible for cataplexy. The disregulation of the hypocretin causes the person to enter REM sleep directly or more rapidly from a waking state instead of going through the stages of non-rem sleep (getting drowsy, light sleep, deeper sleep) first. This being catapulted in and out of REM sleep can cause hallucinations upon waking.

In contrast to a relatively clear understanding of what causes type 1 narcolepsy, type 2 narcolepsy has unknown origins. It is not associated with hypocretin, although it may have a genetic component. It also may be connected to autoimmune function, which is why the literature describes narcolepsy as either caused by autoimmune factors or as an autoimmune disorder.

“If you experience excessive daytime sleepiness and suspect you may have narcolepsy or another sleep disorder, you should speak with your physician for further evaluation,” says Dr. Peña-Hernández. “To be diagnosed with narcolepsy, your doctor may use a tool like the Epworth Sleepiness Scale or may recommend a sleep study test.”

The exam process will include:

There is also a test for the genetic marker for narcolepsy the HLA-DQBI*06:02 gene that can help confirm a diagnosis. It is worth noting that only a small percentage of people with this gene will actually develop narcolepsy. Additionally, your physician may suggest you keep a sleep diary to rule out other causes like overall lack of sleep.

Once you are diagnosed, there are two approaches for supporting narcolepsy that can be overlapped or used independently; medication and lifestyle changes.

There is also a socially debilitating aspect to having narcolepsy. Since emotions can trigger type 1 episodes, people with this type of narcolepsy feel the need to be less expressive and that can have an effect on relationships. Being sleepy, foggy, and falling asleep without control can make maintaining employment difficult.

It can be impractical for people with narcolepsy to drive or operate machinery, limiting some types of functioning. The challenges of these lifestyle restrictions can cause depression and social isolation. A behavioral health component should be added to treatment in managing narcolepsy.

Narcolepsy is a brain disorder where sudden daytime sleep episodes occur along with daytime drowsiness. There are three types of narcolepsy.

All three types can be diagnosed by your physician with an exam, testing and a sleep study. There is no definitive cure for narcolepsy. Treatment may involve pharmacological stimulants of the central nervous system or antidepressants, although such treatments mainly address the symptoms not the causes.

Lifestyle changes like reducing stress, increasing exercise and avoiding caffeine and nicotine may help to some extent, and scheduling short 15-minute naps may help sufferers stay more alert during the day.